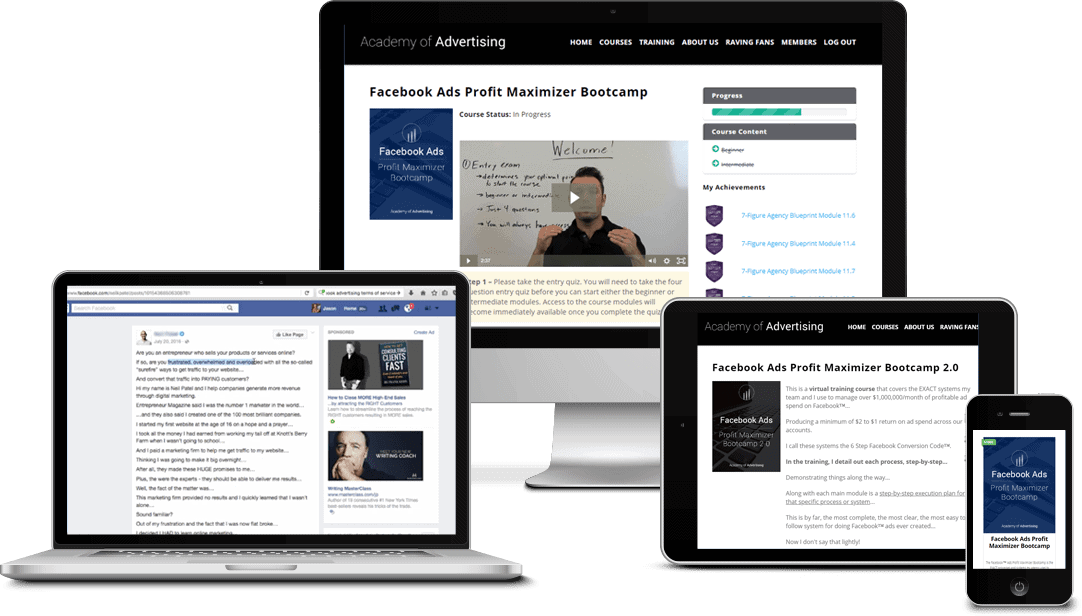 The Facebook Ads Profit Maximizer Bootcamp 2.0 is a course created by Jason Hornung, the founder of JH Media LLC, an advertising agency that focuses exclusively on the Facebook ads platform. The agency generates claims to have made over $20 million in sales for its clients every year.

Facebook ads have become rapid growth drivers for entrepreneurs all over the world. The course teaches you copywriting, scaling, and retargeting. It’s primary focus is on optimizing your Facebook ad campaign to produce more results at a cheaper cost.

Who Is Jason Hornung?

Jason supposedly started out by forming his first advertising agency after a few odd jobs. His marketing agency began to grow as he kept finding more clients through word of mouth. He handled all the digital marketing tasks for his clients like writing sales letters, building sales funnels, setting up the tech, and driving traffic through Adwords, SEO, and email.

Jason also found himself on the forefront of Facebook. He claims to have applied his knowledge of digital marketing and sales to the newly rising ad platform. The result was a massive increase in his client’s and his own business. It eventually got him a gig at Digital Marketer which established him as a leader in the digital marketing industry.

All of this is written by Jason himself, so take that with a grain of salt.

The course has been refreshed twice, once with a name change and once with an updated version and been given a price drop. In its first iteration, it used to be known as “Ultimate Guide to Mastering FB ads” and used to cost $1,995. The name was then changed in 2017 to the current name while keeping the price the same.

The course is broken up into two sections for beginners and intermediates.

The beginner section is exactly what you think it is. The modules are very short and only teaches you the basics of using the Facebook ads platform. Essentially, this section is comprised of technical tutorials and broad overviews. It’s made for those who are not familiar with Facebook itself.

It goes on to explain the set up of Facebook Business Manager, multiple ads accounts and other miscellaneous settings. The course then gets into actually using the ad manager along with the use of power editor for managing multiple campaigns.

In the final section of the beginner course, it oddly teaches you a tool called Qwaya. This is a subliminal upsell, as Hornung teaches you how to use expensive software he likely owns. This is one of the many upsells plagued with this course.

The whole beginner’s section is redundant. The information presented can easily be found elsewhere, and for free. Someone who is not technically proficient may benefit from these slow-paced tutorials, but the price it charges for this is just laughable. For people who are confident about their technical capabilities or have used the Facebook Ad Manager before, you’re throwing away $1,000.

The intermediate section is where the whole “meat” of the course is at. This is really what you’re paying money for.

Jason first starts off by explaining the mindset behind creating a profitable ad campaign. He then follows it up with the different phases that a campaign has to go through. It starts from the launch phase, testing the ads post-launch, to the scaling phase and finally the retargeting phase. Hornung goes over the various methods you can implement for each phase of your campaign.

He goes into other topics like competitive intelligence, dive surveys, and reverse engineering your competitor’s ad strategy. After that, he guides you to develop your advertising strategy in other ways, such as utilizing the Facebook pixel, targeting templates, and tweaking the copywriting.  These modules are good, but nothing not available outside of this course.

Finally, Hornung breaks down advertising into three frameworks: advance, story copy, and offer copy. He explains each framework and how you can utilize each of them in unison to create a successful campaign. The information is useful as it helps you determine what exact type of advertisement you need for your product or service.

The course materials are alright. The screenshots are very limited, and the workbook that comes with the course lack any detail or depth. They’re charts and infographics that you’ll view once, and that’s it.

The quality isn’t any different. It’s clear enough that you can learn without any interruptions, but the microphone and video quality can feel a bit outdated. The audio sounds like it’s from a gaming headset from 2016.

As stated before, the course was initially created in 2017. It’s clear that some of the videos are recycled from this time, because the software during the screen recordings and the Facebook user interface are different, making it apparent that Hornung reuses old videos.

Jason covers most of the topics that you expect from a Facebook ads course. Jason himself is an effective teacher who teaches reliable and industry-standard methods for managing ads. His personality, coaching style and ability to inspire people to give their best. Jason especially does a great job explaining how to micromanage ads over their lifespan. From personal experience, it is very hard to keep ads performing consistently and strongly over a long period of time. Jason gets into the nitty-gritty of this daily maintenance task.

With that said, it doesn’t qualify anyone to make more money, or to be better at Facebook ads. It gives a good overview and introduction, but nothing to justify the price it costs. It lacks any advanced topics as Jason reserves this for his “advanced” courses, as if $2k wasn’t enough. He claims that “no other course like this exists…” but it’s quite clear that it suffers from the same overpriced generalizability that most Facebook ad courses do.

Additionally, the course lacks some advanced facebook copywriting tactics. Copywriting is vital is making an advertisement effective, and Hornung completely ignores this side of it. Instead, Hornung offers you cheesy cookie-cutter ad templates instead of having you create them yourself.

Who Hornung’s Course Best for?

This course is best for people who are just starting out with Facebook advertising. And I mean literally “just starting out”, like you’ve never used or heard of Facebook before. If you are not technical enough and get easily overwhelmed with dashboards and control panels, then you might benefit from this course.

If you already have an understanding of Facebook and using ads, then move on. You’re going to learn something new, but nothing to justify $2,000. Jason himself even acknowledges this and recommends anyone that took his previous course, “…skip to [17 FB Ad Secrets] module right here”. It’s quite apparent that Hornung holds back information as a way to split his courses into multiple upsells, like a video game cut into DLC.

Is It Worth the Money?

No, not at all. This course charges $2,000 to teach you what you can learn for $100 max. The information presented is good, but in no way worth that much money. The worst part is that Hornung insultingly litters the course with upsells, private coaching, software, and even other courses. He constantly justifies this by tapping into a sunk cost fallacy, throwing out income figures manipulating his audience that this is money “invested for their future.

He also gives you the option to be an affiliate for his course, and he so conveniently offers another affiliate course for $2000. Even just starting the course, you get an invitation to his Facebook Advertising Implementation Workshop. It feels like you are merely hooked in with a $1500 bait while there is always more content that is hidden behind an even bigger paywall. And to top it all off, he then persuades you to sell his course for him.

You’re essentially paying to be apart of an MLM.

The course and content itself is alright. For a newbie who is terrified of the learning curve, this is a course teaches you how to get started with Facebook Ads. Just bear in mind that you can find significantly cheaper courses out there if you are just beginning. The shortcomings as discussed above can’t be overlooked for the extreme price and little value. The only thing It’s a course plagued by affiliate marketing and upsells surrounding the course. It’s the reason he keeps naming the course something different each year, from “Ultimate Guide to Mastering FB Ads” “Facebook Ads Profit Maximizer Bootcamp” to the same title but with 2.0 added to the end of it. It’s a way for him to repurpose the same content while making all the negative reviews obsolete.

More importantly, Hornung himself is the definition of unprofessional. Anyone who slightly disagrees with his course will be ridiculed on his Facebook page. Someone who paid $30 for Hornungs “course” was met with a 30 minute introductory video. This was Hornung’s response:

And here’s the cherry on top… after someone called out Hornung’s “no signup” as false, these were his replies:

That’s all you need to know about who Jason Hornung really is. 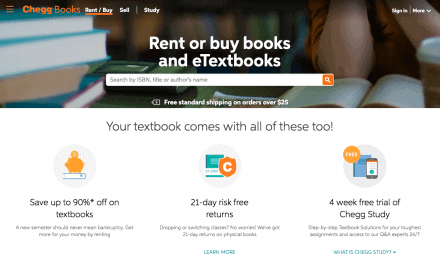 Chegg Books Review – Should You Use This Textbook Rental Site? 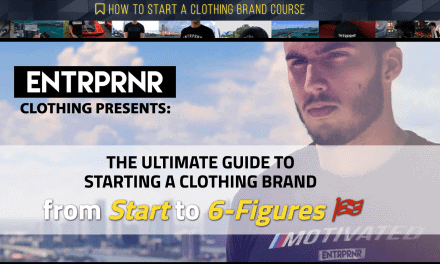