Tim Grittani Trading Tickers Review – Is This Course Worth The Price?

“Trading Tickers” is a 28-hour long course created by Tim Grittani, with the sole purpose of sharing everything he knows about the stock market.  A course dedicated to the high stake’s world of Penny Stocks, from a man who seems to have all but mastered it.

But has he mastered teaching? Do the 28-hours needed to invest in this course truly help you become a better trader?  Read on to find out!

Who Is Tim Grittani?

Those already immersed in the trading world have without a single doubt heard the name Tim Grittani, and his success story is one that is very well known.  But for those just beginning to foray into this new and exciting world of bears and bulls, let me take the time to explain his incredible journey.

You see Tim isn’t an individual with a rags to riches, catch your dream kind of origin story. He’s just an everyday man who worked very hard to turn the $1,500 he made selling insurance for State Farm into 8 million dollars.

He blew up his account multiple times teaching himself how to trade and has never shied away from his past failings and despite all his success, has never lost that humble air to him.  Never proclaiming his greatness and basking in the glory of his wins, and instead just taking what the market gives him and moving on. Penny Stocking is by no means a blue-collar trade, but somehow Tim Grittani has found a way to embody just that.

“Trading Tickers” has quite the fluctuating price, I myself purchased it for $997, but as of today it can be purchased for $1,797 on Profitly.com.  However, upon further investigation it has to be noted that at checkout an $800 discount is applied, bringing the overall total back down to a cool $997.

But how does it compare with its competitors?

Save 45% On Trading Tickers CLAIM DEAL

In 28 hours “Trading Tickers” covers one topic…  How to trade. This is a no-nonsense course that gets right to the point and doesn’t deviate from its goal.  Of course, there are introductions and the typical market basics introduced at the start, but 90% of this DVD is pure trading knowledge that is broken down into 8 discs.

Disc 1 of “Trading Tickers” is the standard introduction you’ll find in any online course.  It starts with an introduction to Tim’s origin story and the events that led him to become the trader he is, along with the basics of the market.

However instead of the typical Wikipedia definitions found in most basic segments of online courses, “Trading Tickers” goes above and beyond.  In Disc 1 topics such as rules and regulations are touched upon along with many other topics of discussion that Tim believes are necessary to successfully and safely navigate the stock market.

In the end most of the information is just like the name suggest, basic, but that doesn’t mean any less care is taken by Tim in explaining the importance of each topic he touches upon.  This segment of the online course runs 1 minute over 4 hours and despite its fundamental nature, I feel that even the most experienced trader may find some shred of information that they may not have come across before.

The second and third disc of this course are where the real value of this course is shown.  Here Tim breaks down the patterns and strategies he uses in ways that could not have been more insightful.  He breaks down the rules he looks for when identifying each set up in clear and concise terms, and then proceeds to show the viewer past trades of these patterns playing out, while adding narration over the charts to explain to the viewer where his mind is during what can sometimes be a grueling process.

Tim shies away from nothing here in a surprisingly refreshing manner.  Many traders only focus on their wins, almost denying the existence of their losses, but Tim uses his mistakes to help teach.  He has one pattern that he routinely lost sums of money so large that any normal human being would have to second guess their life choices, but Tim accepts these defeats with grace and poise and doesn’t absolve himself of breaking the rules he set in earlier portions of the online course.  It’s easy to show success, but to show your failures is something entirely different and for me personally was one of the strongest lessons I took away from “Trading Tickers”.

In this portion however there are a few things worth noting.  Tim Grittani teaches 8 patterns, but only 3 of them are long set ups, with 2 of them basically being the same thing, but are just stocks in different exchanges.  This can be problematic for most traders without large capital due to the nature of short selling having limited reward and unlimited risk. Also, when short selling there is an intense competition to locate shares to borrow from your broker, and the 5 patterns he discusses here are so widely known (Possibly because of “Trading Tickers”) that locating shares can almost be impossible, especially when concerning OTC stocks.

On top of all of this there is a common agreement among most traders when discussing “Trading Tickers” and that is the fact that many believe the set ups he teaches are outdated.  Some believe that the OTC market is dried up eliminating 3 of the 8 patterns he teaches in some eyes, and something I can’t really argue with myself. Though I do still believe that the OTC patterns he discusses are still there, but the opportunities are much fewer than they were when “Trading Tickers” was created.

That being said, the way the set ups are taught could not have been better.  The live examples are so detailed that I feel it would be quite difficult not to gain a firm understanding of the set ups he teaches.

This part of “Trading Tickers” is where things take a new direction.  Before in Discs 2 and 3, we were trained using documented footage of past trades while he narrated over the top of them.  In these last 5 discs however, we are seeing him trading and reacting in real time as they happen.

While not as detailed as the earlier sections of this course, it still must be said the incredible value gained from watching Tim Grittani work in a live setting.  He always offers explanations as to why he is making the decisions he is and never leaves you hanging as a viewer. I still personally find most of the value of this course in discs 2 & 3, but this was a great way to round out “Trading Tickers”.

The quality on “Trading Tickers” is exceptional.  Everything on this course is carefully detailed and well thought out, and you can tell how much time and effort was put into making this course what it is.

From start to finish “Trading Tickers” maintains a high quality of excellence deserving of its price point.

It’s rather hard for me to give an answer here, because on one had you could say that when “Trading Tickers” was first released it was so revolutionary and concurrent with the state of the market, that it absolutely delivered on its goal of making the consumer a better trader.  However, times have changed, and some argue that this course is now outdated and no longer beneficial to the current state of the market.

I disagree, even with the changes the market has undergone, the underlying principles that “Trading Tickers” teaches will always be fundamental in helping anyone out there grow as a trader.

You see, with how well the set ups used by Tim Grittani were broken down, it gives the viewer the ability to understand what it takes to be successful.  And yes, it is true the OTC market is no longer what it once was, and I have my reservations about the breakout pattern on listed stocks being as successful nowadays, but I still feel as though the course delivers on its ability to help you become a better trader.

Who Is Trading Tickers Best For?

I believe that this course is best suited toward beginner to intermediate traders.  I believe those looking to really dive into the world of day trading need to understand what it takes to succeed in the market and get a true insight into the approach needed to be effective, while also gaining an understanding of the dangers that come with this profession.  While for the intermediate, this may be just what they are looking for to help them take that next step.

Save 45% On Trading Tickers CLAIM DEAL

Is Trading Tickers Worth The Money?

It depends on the person behind the credit card payment.  Someone looking for a cookie cutter way of making money in the market will be disappointed due to the outdated nature of this course, while someone looking to get their feet wet and learn to be self-sufficient in their own way, will come away pleased with the purchase.

At one point the set ups taught in this course could almost guarantee a higher chance of success, but now the value of this course lies in less obvious ways, which isn’t necessarily a bad thing, but most traders I’ve met go into this course looking for an immediate pay off.

So, to those I say I’m sorry, but it may be best to look elsewhere.

For those looking for alternatives to “Trading Tickers” there is a plethora of information out there, what you choose though depends on what you are looking for.  If you’re on a tight budget, then I would suggest looking to Ricky Gutierrez on YouTube and taking advantage of the plethora of free content he has on his channel.  If you’re looking for a more intimate and current setting to learn, then I suggest getting involved with a reputable chatroom such as the ones run by Timothy Sykes or Steven Dux.  But if you’re looking for something more in the vein of “Trading Tickers” then I will list two below that I believe could benefit you as a trader.

“Trading Tickers” has been the bar many similar online courses have been compared to since its creation and despite its relative age, is still held in high regard by those in the trading community.  So even though the course may be dated, I still believe that those entering the world of day trading will find what they need to enter the market as safely as possible.

Andrew is a successful entrepreneur and lifelong learner. Throughout his career, he has watched hundreds of online courses that have allowed him to achieve success in highly competitive fields such as online marketing, investing, and sales. Andrew is committed to expanding his knowledge and expertise and he reviews the premium courses he watches on his online blog.
Overall Rating: 4.3 out of 5
Posted in: Course Reviews,Stock Market Course Reviews 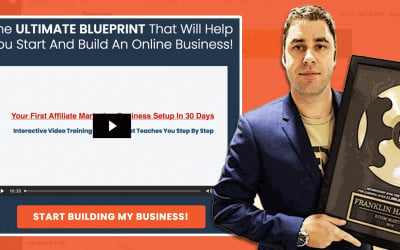 Looking to become an affiliate marketer? Read our review of Franklin Hatchett’s Savage Affiliates to see if this course can help. 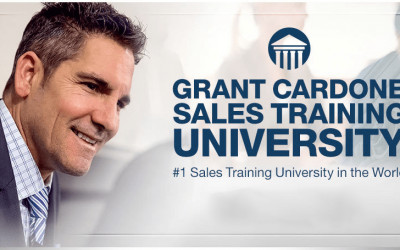 Grant Cardone’s Sales Training University has caught the attention of many who want to be successful. Can this university help? Read our review to find out. 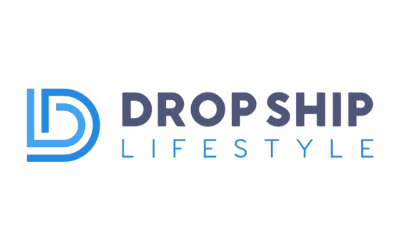 Looking to start a successful dropshipping business? Check out our full review of Dropship Lifestyle to see if this course can help. 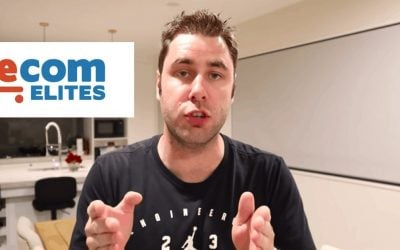 eCom Elites Review – Is Franklin Hatchett’s Course Worth The Money?

eCom Elites is an online ecommerce course by Franklin Hatchett. Can this course help your business? Read our review of eCom Elites to learn more. 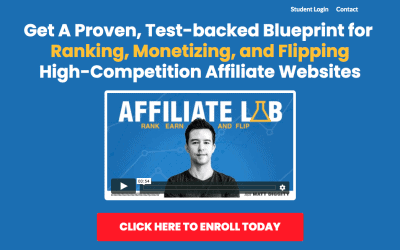 Affiliate Lab Review – Is Matt Diggity’s Course Worth The Money?

Considering buying the Affiliate Lab course from Matt Diggity? Read our Affiliate Lab review first to make sure you know what you’re getting into. 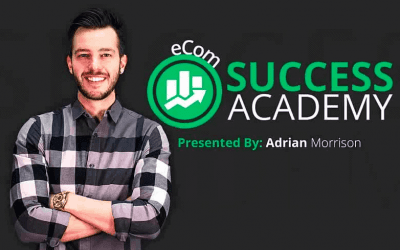