I’m going to go out on a limb here and assume you already speak English. This article is written in English, so unless you’re using Google Translate, there’s a good chance you converse in my native tongue. That’s a good thing if you’re in business. English is spoken as the official language in 94 countries by over 340 million people. 70% live in the United States, so it is the most widely spoken language in several nations.

Did you know that 60.9% of all websites are published in English? If you’re doing business online, it’s by far the best foreign language to learn. Two billion people worldwide speak enough of it to place an online order. Keep that in mind if you’re running Facebook or Google ads. Your target audience is larger than you think.

Learning English, if it’s not your native language, can be difficult, but it’s worth it. Download Duolingo or Rosetta Stone onto your mobile device to learn the basics. There are also English certification exams that will give you a professional advantage while job searching. Check out Cambridge English Assessment to get signed up for one of those.

Other than English, quite a few other languages can come in handy for certain businesses. Let’s dive deeper and see the best languages to learn for the business world.

Best Languages To Learn For Business

Learning a language other than your primary language can be challenging but worth it. Knowing the most spoken language in your industry can have great benefits when it comes to business. So what are the best languages to learn aside from English (the primary foreign language) to scale your company and get business opportunities?

Mandarin Chinese is the second-best language in the world to learn for business and the official language of the world’s second-largest economy. It’s also number one for eCommerce. Mandarin language websites produced $714.58 Billion in sales last year, leading all other languages, including English. At one point, the Chinese economy was expected to surpass that of the United States. It didn’t happen, but they’re still a close second.

One billion people speak Chinese. That’s a huge number, but remember that there is more than one language dialect. It’s important to understand the differences if you’re determined to make the Sino-Tibetan language group an area of study. Most Chinese citizens speak Mandarin, but they may not be native speakers. There are seven main dialects:

Cantonese is the second most popular dialect and is less useful for international business. It’s also important to note that these dialects are the verbal form of the language. Written Chinese is either Simplified or Traditional. Online Chinese language courses focus on the verbal. Learning to write and read in Chinese is a whole different undertaking. You can do that later.

Spanish Is the Language of Emerging Markets

Four of the top eight emerging market economies in the world speak Spanish. A fifth country, Brazil (in South America), speaks primarily Portuguese, but you won’t find many businesspeople there who don’t speak Spanish. If you’re an investor with EM in your portfolio, you likely fall into a diverse language group like Brazilian, Mexican, Peruvian, Columbian, and Chilean companies.

Latin American investments have historically been a gamble because of political upheaval and uncertain economic conditions. That’s changed in recent years. Spanish-speaking countries in the Western Hemisphere are resplendent with home-grown companies and US affiliates strengthening their respective economies. If you’re an investor, up your language skills by learning to speak Spanish.

If you’re in any other business and living in the United States, you might also want to learn to speak Spanish. The Latino population in the US, currently at 62.5 million, is projected to double by 2050, making Spanish one of the fastest-growing spoken languages in the country.

Learning to speak this important foreign language will be an advantage if you’re selling a product, providing a service, or seeking employment. As a business owner, this is crucial unless you only want to sell to English speakers in the US.

Arabic Will Open New Doors for You

Westerners view the Arab world, primarily the Middle East and North Africa, as troubled regions, but thriving companies exist, including international organizations in oil and gas businesses. Arabic is one of the most spoken languages globally, and twenty-eight countries speak Arabic as their national language or second language. That list includes Saudi Arabia, Kuwait, Egypt, and the United Arab Emirates (UAE), all safe places to travel and work. If that’s your plan, learning Arabic before you go is recommended.

The British Council in the UK rated Arabic as the second most important future language back in 2013. Since then, the local Muslim population has nearly doubled. While Americans are learning Chinese as a second business language, the Brits study Arabic. It’s a good move. 360.2 million people speak the language, and that’s a lot of potential business partners.

There are multiple apps online that you can use to study Arabic. They are all pretty much the same if you want to learn some basic phrases and communicate without language barriers while traveling. If your goal is to live and work in any Arabic nation, take a course at Al-Kunuz. The instructors on the language learning platform are all Egyptian-born Arabs who teach about culture, customs, and language.

This was close. German is one of the important languages, and it is valuable for scientists and researchers, but most Germans also speak the English language. However, Russians don’t.

That could change soon, though. With trade relations at an all-time low between China and America, the US is focusing its economic efforts on the European Union and Russia. Opportunity is knocking for westerners.

Russia, along with Brazil, India, and China, is part of an emerging market investment sector known as “The BRIC.” Though often volatile and still deeply in debt, our Slavic brothers have emerged from the wreckage of the Soviet Union to become a new business frontier for businesses and remote workers. Americans live and work there frequently.

The most common job openings for foreigners in Russia are for Business Development Managers, Writers, Publishers, and English Teachers. You need to speak Russian to do any of them. If you’re looking to learn the language quickly, check out Russian Accelerator. It utilizes contextual learning, pattern recognition, and immersion to give you the total experience.

Other Business Languages to Learn

You don’t need to learn only one language for business. Leading organizations often look for people and business partners who can speak multiple languages. So, in addition to the above, you can learn any of the following:

French Is More the Language of Love

Study French if you want a widely spoken language to learn for your business. It is a common internet language and the official dialect of France, the 7th on the list of the world’s leading economy.

It is also one of the official languages of several countries and an important language used by the United Nations. According to the British Council, the British see the French Language as the dialect of love, but it is also helpful for business.

Also, as a widespread language, the French-speaking community exists in different parts of the world. Many leading organizations hire French speakers to help them communicate effectively with clients who speak French. So, you can use the dialect to reach native consumers in several countries, from Europe to Africa. Learning French is not hard; you can do so on different online learning platforms.

Hindi Is the Next Big Thing

You might be surprised that Hindi made the bonus list of profitable languages for business. But India is one of the largest economies in the world despite the diverse language group found there. Also, the country’s economy is growing, making Hindi one of the most important foreign languages to learn.

Where To Learn These Languages

Now that you know the best languages for business, you’re probably wondering where and how to learn these languages. Our top choice for online language courses is Rocket Languages. Rocket Languages includes many language options, including Chinese, Arabic, French, German, Japanese, Italian, and more. These courses will teach you everything you need to learn your chosen language to become proficient.

There are three levels available for each course, with each additional level including more in-depth lessons and materials. Rocket Languages courses include real-world conversations, a voice recognition tool for pronunciation, over 120 hours of lessons for each level, and even an app so you can learn on the go. If you want to learn a new language for your business, try Rocket Languages!

Why Should You Learn a Foreign Language?

In today’s business world, learning multiple languages will help you get ahead unless you want to target only the native consumers. It will help you communicate better with clients in different countries and employees. However, you don’t have to learn multiple languages; you can get your customer care or public relations staff to study new dialects or hire people who speak different languages.

Other known benefits are:

Study the Culture as You Learn a New Language

If you’re going to learn a new business language, immerse yourself in the culture. It’s one thing to know what you’re saying. But you can take it to another level when you truly understand why you’re saying it. This is particularly important if you plan on doing business in another country or with a different ethnic group in the US.

Now you know the benefits different languages can have for different businesses. Use this guide and decide what language is best for your needs. All that’s left to do is find the right online language course or way of learning that new language that works for you, and then you can put it to use!

Andrew is a successful entrepreneur and lifelong learner. Throughout his career, he has watched hundreds of online courses that have allowed him to achieve success in highly competitive fields such as online marketing, investing, and sales. Andrew is committed to expanding his knowledge and expertise and he reviews the premium courses he watches on his online blog.
Posted in: Education,Learning 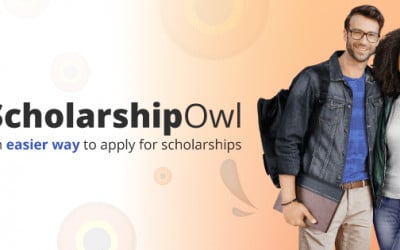 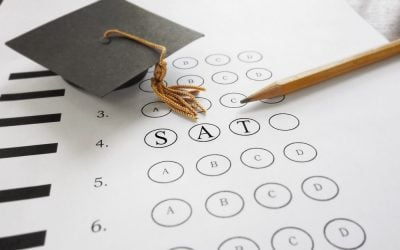 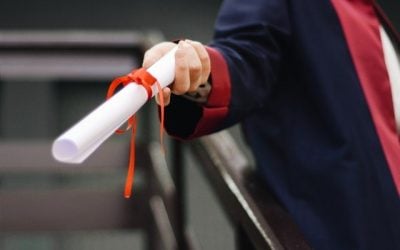 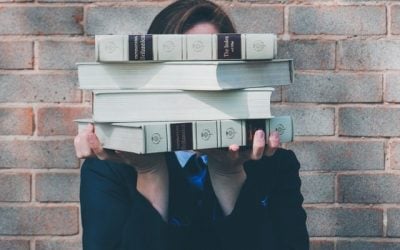 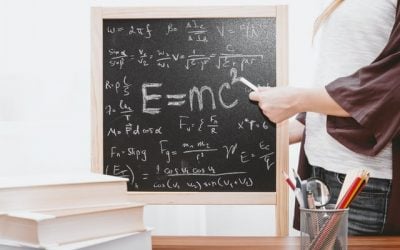 Does It Matter Where You Go to College? – The Answers You Need

Trying to pick the right college but having a hard time? Honestly, does it matter where you go to college? Find out in this guide.